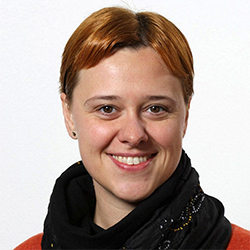 Recirculating aquaculture systems (RAS) are a new alternative to traditional aquaculture approaches, allowing full control over the fish production conditions, while reducing the water demand. The reduction of water exchange leads to an accumulation of dissolved organic matter (DOM) that can have potential effects on water quality, fish welfare and system performance. Despite the growing awareness of DOM in aquaculture, scarce scientific information exists for understanding the composition and transformation of DOM in RAS. In this study, a non-targeted approach using ultra-performance liquid chromatography coupled to a hybrid quadrupole-time of flight mass spectrometer (UPLC-QTOF-MS) was used to characterize compositional changes of low molecular weight (LMW) DOM in RAS, when operated under two different feed types. A total of 1823 chemicals were identified and the majority of those contained a CHON chemical group in their structure. Changes in the composition of LMW-DOM in RAS waters were observed when the standard feed was switched to RAS feed. The DOM with the use of standard feed, consisted mainly of lignin/CRAM-like, CHO and CHOS chemical groups, while the DOM that used RAS feed, was mainly composed by unsaturated hydrocarbon, CHNO and CHNOS chemical groups. The Bray-Curtis dissimilarity cluster demonstrated differences in the composition of DOM from RAS and was associated to the type of feed used. When the RAS feed was used, the Kendrick mass defect plots of –CH2- homologous units in the pump-sump (after the water treatment) showed a high removal capacity for CHNO, CHNOS and halogenated chemicals with high Kendrick mass defect, KMD > 0.7. To our knowledge, this is the first report of LMW-DOM characterization of RAS by high-resolution mass spectrometry (HRMS).